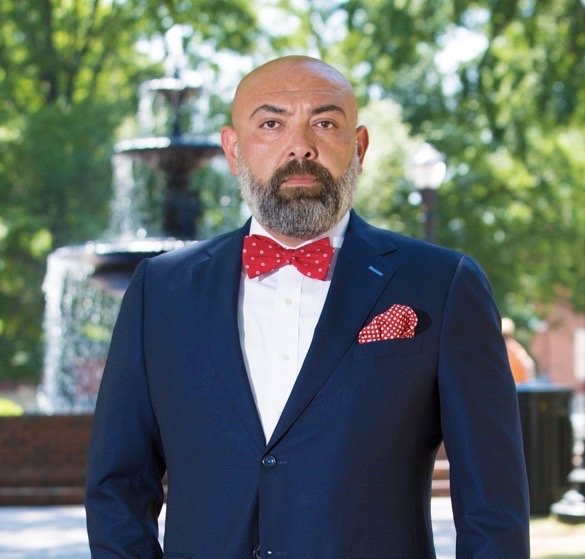 Mr. Mazloom received a Bachelor of Science in Criminal Justice from Georgia State University and a Juris Doctorate from John Marshall Law School in Atlanta. He has successfully completed Trial Advocacy at the National Advocacy Center in Columbia, South Carolina.

Mr. Mazloom was admitted to the State Bar of Georgia in 1998. He began his practice in the areas of Consumer Bankruptcy (Chapter 7 and Chapter 13), Plaintiffs Personal Injury, Immigration and Criminal Defense.

He was then appointed by the Honorable Barry E. Morgan, Solicitor General of the Cobb Judicial Circuit, as an Assistant Solicitor General. With this, Mr. Mazloom became the first Iranian-American prosecutor in the State of Georgia. He was sworn into office and handled thousands of misdemeanors, traffic violations and DUI cases as a prosecutor in the State Court of Cobb County.

Mr. Mazloom was then appointed by the Honorable Patrick H. Head, District Attorney for the Cobb Judicial Circuit, as an Assistant District Attorney. He was sworn into office and handled felony cases as a prosecutor on behalf of State of Georgia in the Superior Courts of Cobb County.

Mr. Mazloom founded the Mazloom Law Firm in 2004 to assist and defend people accused and/or charged within the Criminal Justice System. Based in Marietta, Ga., Mazi Mazloom leverages his experience and expertise as a former Prosecutor to provide the outstanding legal representation to clients throughout the metro-Atlanta area.

If your situation requires immediate attention please call 770.590.9837 instead of completing the form below.

Thank you! Your submission has been received!
Oops! Something went wrong while submitting the form.